Low-level laser therapy (LLLT) is an advanced non-invasive treatment for neuromusculoskeletal illnesses. Discovered in 1967, it’s now being widely practised around the world as a “scientifically proven therapy.”

In Pakistan, there are numerous clinics performing LLLT treatment. But let’s accept the fact:

Not all clinics are doing it right. LLLT results are shown only if the procedure is performed accurately by expert doctors. Otherwise, you might face side effects or don’t get the desired results at all.

That’s why you should choose an advanced pain management clinic where professionals are ready to help you get rid of chronic pains. BioFlex Pakistan’s clinic offers the most advanced laser therapy treatment, using Bioflex laser therapy systems. This has resulted in successful treatments with hundreds of satisfied clients.

BioFlex Laser Therapy Systems enable healthcare practitioners to treat a wide range of musculoskeletal conditions and other pathologies with precise, consistent and reliable results. To date, over 2000 independent clinicians worldwide utilize BioFlex devices to restore the health and quality of life of their patients.

Let’s look into an overview of LLLT and then see some success stories of patients who got treatment at BioFlex Pakistan’s Laser Pain Clinic so that you can make an informed decision well on time.

Low-level laser therapy uses a safe laser beam to treat various neuromusculoskeletal illnesses, including chronic pains. The treatment is performed by only expert doctors and various sessions are needed to get better. The number of sessions depends upon the intensity of the patient’s illness.

LLLT is proven to be effective and is practised around the world. The laser team penetrates the skin and stimulates the body’s natural defence and healing mechanism. This stimulates the immune system as well and your symptoms start alleviating.

Let’s look into the benefits of LLLT to see why you should prefer this therapy over conventional treatment.

The benefits of LLLT are summarized below:

Yes. Various studies have been conducted to see the efficacy and safety of LLLT treatment. These studies have shown that laser therapy is capable of alleviating the symptoms and fully stopping the illness from worsening. The treatment has also proven to be effective through BioFlex Laser Therapy Reviews by patients.

In one study, the results of laser therapy are comprehended as: “In examining the effects of LLLT on cell cultures in vitro, some articles report an increase in cell proliferation and collagen production using specific and somewhat arbitrary laser settings with the helium neon (HeNe) and gallium arsenide lasers, but none of the available studies address the mechanism, whether photothermal, photochemical, or photomechanical, whereby LLLT may be exerting its effect. Some studies, especially those using HeNe lasers, report improvements in surgical wound healing in a rodent model; however, these results have not been duplicated in animals such as pigs, which have skin that more closely resembles that of humans. In humans, beneficial effects on superficial wound healing found in small case series have not been replicated in larger studies.”

LLLT device – how does it work to benefit you?

This is how the LLLT device works and alleviates pains and injuries:

BioFlex Laser Therapy Systems are designed by experts for clinicians and are considered to be the industry gold standard. The system can be fully customizable to fit the unique needs of patients.

The best laser devices are FDA and Health Canada approved. They are designed and manufactured in Canada. Systems can be integrated into the office of most health care practitioners (i.e. physicians, physiotherapists, chiropractors, athletic therapists, etc.)

Our patient Sohail Afzal has been suffering from severe migraine pains for the past 10-12 years. With BioFlex migraine treatment, he has improved by around 90%. He can now drive again, teach again, and has been able to get back to his social life.

He tried a lot of migraine treatments, but now with laser therapy he finally got relief. Alhamdullilah, he thanked the staff at BioFlex Pakistan for being so cooperative, and helpful, and for putting him in a good environment. He now does not need his old medications that cause adverse side effects over the long term.

He suggests anyone who is suffering from severe headaches and migraine attacks contact BioFlex for migraine treatment to ultimately go back to their daily life.

Our next patient, Javeria Asjad, has improved her chronic disc bulge pain by 95% following her treatment plan of about 20 sessions.

She previously showed her condition to many doctors for different treatments, but she found very little relief and was still suffering from pain.

She then got to know about BioFlex Pakistan through someone and contacted for consultation at DHA 2 Islamabad.

Dr Momina undertook her consultation and guided her regarding the treatment sessions, where 3-5 sessions were planned initially. After the 3rd session, she felt a lot of relief from the pain and her curved spine began straightening again.

She then decided to continue the treatments and her complete treatment plan was 20 sessions.

After completing a majority of the sessions, she now has seen an improvement of about 95% and can now go back to her normal life routines.

She is very grateful for the help of Dr Momina and the staff at BioFlex Pakistan DHA 2 and recommends anyone with chronic pain get treatment through laser therapy.

Our next patient has had arthritis pain for 10 years. After 6 sessions, her condition improved by 75% as her pain and swelling decreased significantly.

She found BioFlex Pakistan through social media and booked a consultation with Dr Maria in DHA 2 Islamabad.

Dr Maha then underwent her treatments. She now has no issue with climbing steps as she did before, and her smaller joints are no longer stiff or swollen.

She recommends arthritis patients visit BioFlex Pakistan and get treatment with laser therapy.

Previously he could not walk due to Sciatica, but with the treatment procedure of BioFlex Pakistan and the guidance of Dr Umer, he has completed 50% of his treatment course (5/10 sessions) and says he has seen a major improvement in his ability to walk.

Our patient found BioFlex Pakistan through Facebook, after which he booked a consultation with Dr Maria, who then referred him to Dr Umer to complete his treatment course for Sciatica and his severe back pains.

With 5 sessions left, he is positive he will see more improvement. He highly recommends not worrying about chronic conditions and coming to BioFlex Pakistan for modern treatments with laser therapy.

Dr Ehsaan Ul Khaliq took his wife to the Peshawar Center for chronic frozen shoulder treatment. She had a shoulder problem for the past 5-6 months, to which doctors stated her frozen shoulder would need surgical treatments. However they did not undergo surgery, instead, they researched BioFlex Pakistan and laser therapy and conducted a visit to the BioFlex centre.

After taking a consultation with one of the doctors, they were satisfied with the frozen shoulder treatment plan and procedure and decided to move ahead with the treatments.

The plan for her frozen shoulder treatments involved 18 sessions of laser therapy. After the last session, she has seen an improvement of approximately 70%. He is very thankful for the help, support, cooperation and guidance of BioFlex Pakistan.

Our patient came to BioFlex Pakistan DHA 2 for knee pain treatment and has seen a 70% improvement in his condition after 6 sessions. Previously he could not bend his leg, now he can and without pain.

He previously had consulted with other doctors for treatments but with no result. After consultation and treatments with Dr Molina, he recommends knee pain treatment and laser therapy treatment to others.

Mr Muhammad Maqbool has been suffering from severe leg & toe pain in his foot for the last 1 year as a result of a Diabetic Foot Ulcer & Atherosclerosis.

During this time period, he consulted with several doctors & physicians who suggested he take antibiotics and undergo a bypass but none of the treatments helped in reducing the underlying pain or in the healing of his condition.

Recently Mr Maqbool took a consultation with Dr Momina at BioFlex Pakistan, DHA-II clinic, Islamabad and after his checkup, he was recommended to undergo laser pain treatment. It’s been 15 days since he has been taking the treatment and his leg pain has been completely relieved. Also, he has seen a 60% difference in the undergoing treatment of his affected foot due to dry gangrene and is highly satisfied with the results.

LLLT result for back pain

Patients all over Pakistan trust BioFlex Laser Therapy and endorse our treatments. Muhammad Taha came to know about BioFlex through his mother. He suffered from an ankle fracture at the age of 12.

Moreover, he got backache while playing volleyball. He had been to around 6 doctors. They recommended he rest for up to 6 weeks, but his pains used to rebound once he started his normal activities. However, Dr Faiza & Dr Sidra recommended Laser treatment sessions. He talks about his pleasant experience and his journey to recovery with BioFlex Pakistan.

Laser pain therapy is the most advanced non-invasive pain management and treatment option. If you are in Pakistan, visit our modern pain management clinic BioFlex Pakistan.

We are using up-to-date technology that is being practised around the world, to ensure our patients the best results.

You will be treated by expert rheumatologists and courteous staff in a hygienic environment. Read the positive LLLT results and success stories above, you can be one soon as well! 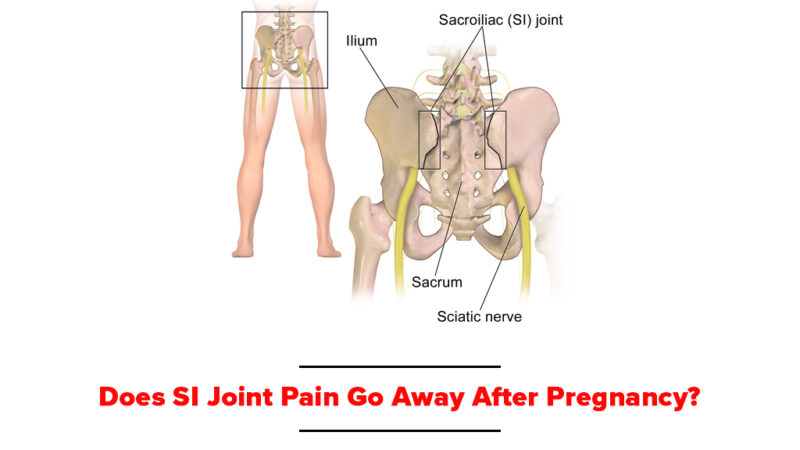